In mid-October 2019, a so-called flight tracking system (ADS-B receiver) was put into operation at the Eggenfelden airfield as one of the first airfields in Germany. It serves as a replacement for the VDF direction finder, which had to be switched off when the new 8.33 kHz frequencies were introduced. The flight tracking system will not offer the option of the well-known QDM in the future, but it will also serve as an aid for pilots, such as a direction finding system, to help pilots e.g. In the event of loss of orientation or bad weather, being able to give heading recommendations as long as these aircraft have an activated transponder, Flarm or ADS-B out. This results in a significant gain in security, since incorrect position reports can be recognized and the resulting dangerous situations can be warded off. Especially in connection with the parallel operation between skydiving, IFR and VFR flight operations, this results in a significant increase in safety at the Eggenfelden airfield. 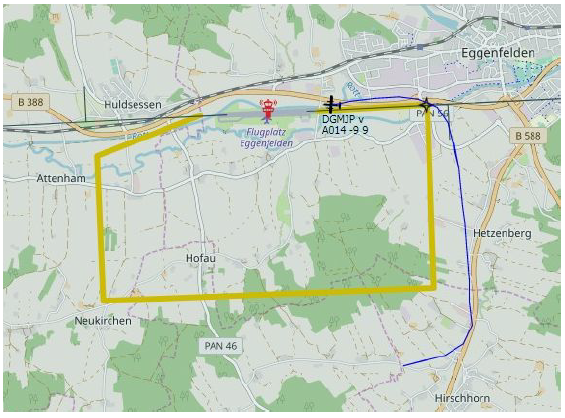